Off-History is screening tomorrow evening in the Radovizιa Mountains in Greece as part of the: 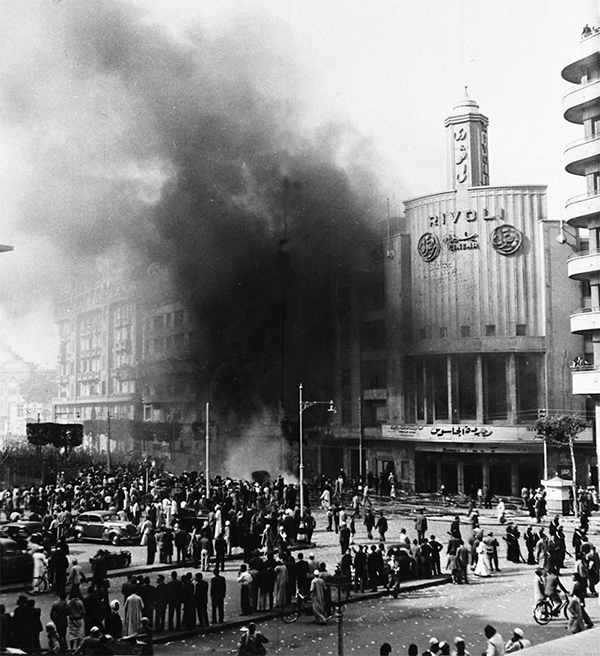 The exhibition Metaphorical Space examines the relationship of social movements with space, authority, and memory. Similar to carnivals, collective movements take place when people from different ages, ethnic or social groups take over the city for a short time. The city’s squares appear to turn into a theater scene. What differentiates uprisings from carnivals, however, is that in uprisings authorities and civilians confront each other; infringement of rights and spatial threats can develop in parallel to each other. The power of politics traces its own cultural and political language on architecture and the city, while civilians continue to defend symbolic spaces that are held in esteem in the collective memory, and are part of what Hannah Arendt calls the “field of appearance.” The city is now a stage for a rematch. The reference point for the exhibition is Louis Henderson’s “The Day Before the Fires” (2012) video, inspired by the 1952 Cairo Fire, also known as Black Saturday. The fire was the result of protests in Cairo that started as an anti-colonial movement, causing significant damage to buildings that were deemed to be the symbols of colonialism. Many historians have compared the Arab Spring in Tahrir Square to the Cairo Fire. Metaphorical Space takes as a beginning point urban spaces that have been the stage for cyclical social movements similar to that of Cairo as an action of ‘remembering’. Metaphorical Space explores spatial ‘stories’ from cities such as Athens, Cairo, Aleppo, Tehran, Izmir, all of which have been the stage for oppositional movements spanning from the post WWI era – an era of nation and ‘modern’ society building – to the present day. The exhibition opens out to thinking about ‘metaphoric’ meanings of space as an alternative to established ways of thinking about urban and architectural productions of form within the frameworks of war, revolution, colonialism, military regime and rebellion movements (Öğrenci 2018, translation: Merve Ünsal).

In conjunction with the exhibition, Keywan Karimi’s “Writing on the City” (Iran 2015) will be screened at SALT Beyoğlu on May 12, 2018.

Happy to be part of Pist Protta No.80
Read more here (Danish) 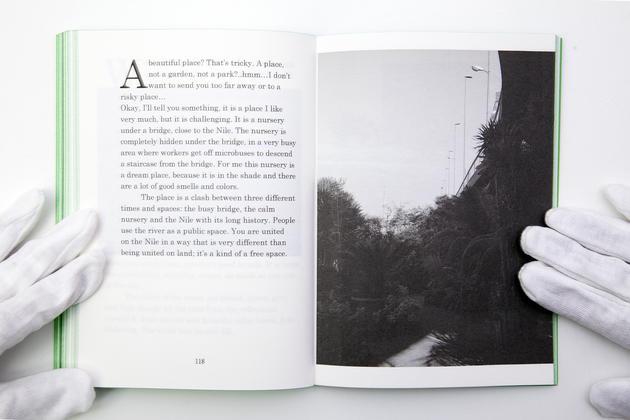 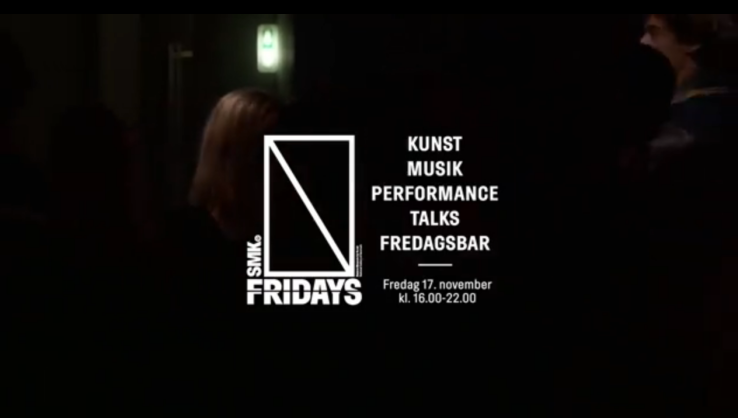 In continuation of the exhibition About Work Peter brandt and I are screening “Fifty Minutes in Half an Hour” by artist Kajsa Dahlberg at The National Gallery of Denmark. The screening is part of SMK Fridays: CUT The GAP and the program also include Fabrizio Terranovas portrait of Donna Haraway.

SMK Fridays: Cut the GAP takes place as part of  the international symposium CUT THE GAP that encourages a dialogue focused on feminist practices across the artworld.

It all takes place tomorrow friday 17 at the National Gallery of Denmark from 9am. 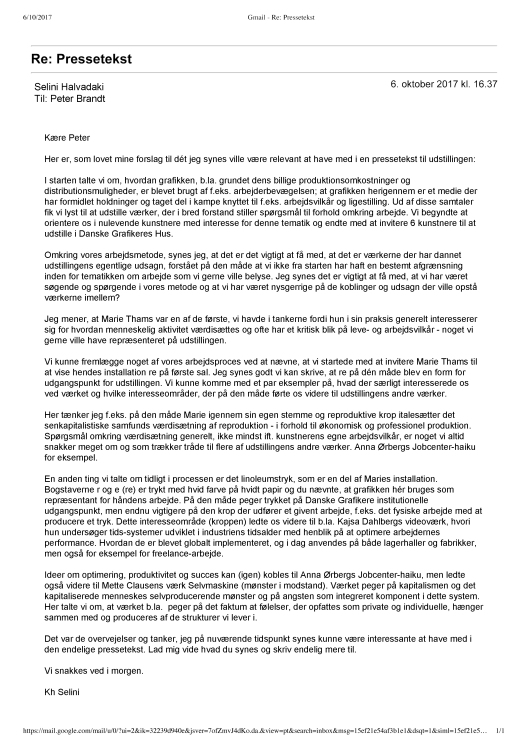 The next exhibition at Danske Grafikeres Hus opening august 4, we invited visAvis to use the rooms: 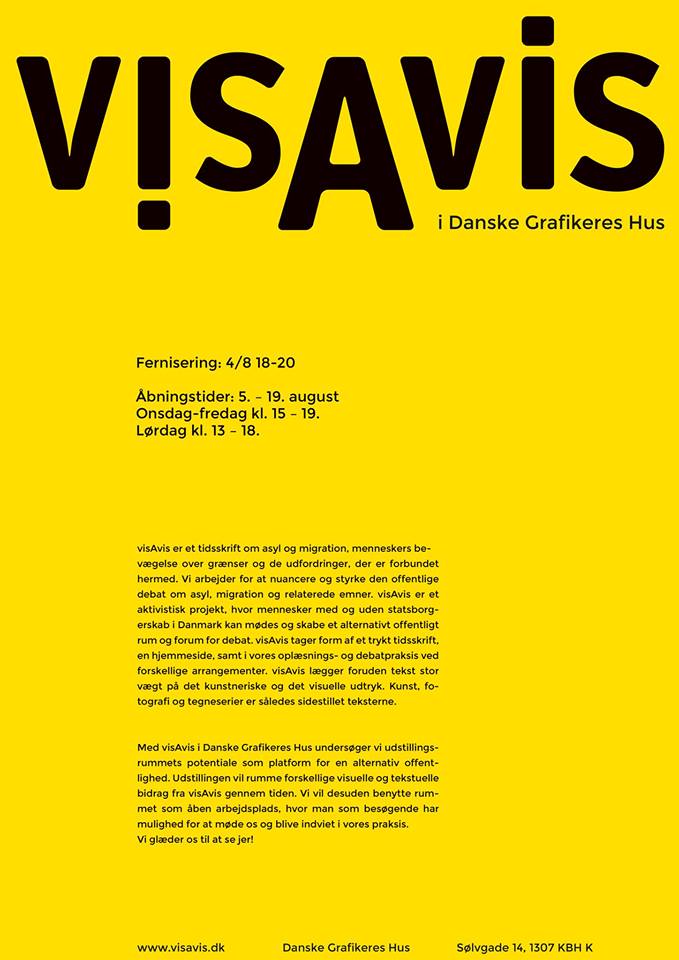 visAvis is a magazine about asylum and migration, the movement of people across borders and the challenges connected to this. We work to improve the debate on asylum and migration and related subjects. visAvis is an activist project where people with and without citizenship in Denmark can meet and create an alternative public space and debate. visAvis appears as a printed magazine, online, and in readings and debates at various events.

Apart from text, visAvis attaches great importance to artistic and visual expression. Art, photography and comics are given equal importance to the texts alongside them.

With visAvis in the Danish Graphic Artists’ House, we examine the potential of the exhibition space as a platform for an alternative public. The exhibition will present different visual and textual work published in visAvis over the years. We will furthermore use the space as an open office, where visitors have the opportunity to meet us and be introduced to our practice.

We look forward to seeing you there!

We exhibit in the Danish Graphic Artists’ House. Come to the opening on the 4th of August from 6pm-8pm, or stop by the exhibition, we are open from:
5. – 19th of August
Wednesday-friday: 3pm-7pm
Saturday: 1pm-6pm